Happiness consists of The Pleasant Life (Positive Emotions), the Engaged Life, and the Meaningful Life. Interventions which build these three lives fight depression. Dr. Seligman will present empirical documentation of this for individual, group, and web-based interventions.

*Sessions may be edited for content and to preserve confidentiality* 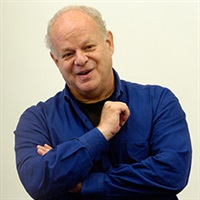 Martin E.P. Seligman, Ph.D in Psychology, is the Zellerbach Family Professor of Psychology and Director of the Positive Psychology Center at the University of Pennsylvania, where he focuses on positive psychology, learned helplessness, depression, and optimism. He is a best-selling author of several books, including Flourish. He received the American Psychological Society’s William James Fellow Award for basic science and Cattell Award for the application of science, and two Distinguished Scientific Contribution awards from the American Psychological Association. In 1996, Seligman was elected President of the American Psychological Association by the largest vote in modern history. His current mission is the attempt to transform social science to work on the best things in life – strengths, positive emotion, good relationships, meaning, and human flourishing.

Fast Confidence [How To Be More Confident │Confidence Building] from Sharon Melnick, Ph.D.