Rated 3.83 out of 5 based on 37 customer ratings
07 reviewsAdd your review
(7 customer reviews)

This Forum will offer fresh perspectives on how our basic understanding of trauma has developed since PTSD first became accepted as official diagnosis 30 years ago. Each presenter offers a 20-minute presentation in the compelling TED Talk style followed by the opportunity for further exchange and exploration with the audience.

Don Meichenbaum, Ph.D., is Distinguished Professor Emeritus, University of Waterloo, Ontario, Canada from which he took early retirement 15 years ago to become Research Director of the Melissa Institute for Violence Prevention and Treatment of Victims of Violence in Miami. (Please see www.melissainstitute.org.com that has had over 2 million hits worldwide. He is one of the founders of Cognitive Behavior Therapy. In a survey of clinicians reported in the American Psychologist he was voted “one of the 10 most influential psychotherapists of the 20th century.” He recently received a Lifetime Achievement Award from the clinical division of the American Psychological Association and was an Honorary President of the Canadian Psychological Association.

He has presented in all 50 U.S. states and internationally. He has published extensively and most recently published Roadmap to Resilience: A Guide for Military Trauma Victims and Their Families. His other books include Treatment of Individuals with Anger Control Problems and Aggressive Behavior; Stress Inoculation Training; Facilitating Treatment Adherence; and The Unconscious Reconsidered. 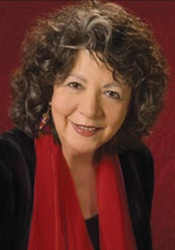 Janina Fisher, Ph.D., is a licensed clinical psychologist and instructor at the Trauma Center, founded by Bessel van der Kolk, MD. A faculty member of the Sensorimotor Psychotherapy Institute, an EMDR International Association consultant, past president of the New England Society for the Treatment of Trauma and Dissociation, and former instructor, Harvard Medical School, Dr. Fisher lectures nationally and internationally on the integration of the neurobiological research and new trauma treatment paradigms into traditional psychotherapies.

Nonfinancial: Janina Fisher has no relevant nonfinancial relationship to disclose.

Mary Jo Barrett, MSW, is the founder and director of the Center for Contextual Change, and the coauthor of Treating Complex Trauma: A Relational Blueprint for Collaboration and Change and Systemic Treatment of Incest.

Financial: Mary Jo Barrett is the founder and director of the Center for Contextual Change.

John Briere, PhD, is an associate professor of psychiatry and psychology at the Keck School of Medicine at USC and center director of the USC Adolescent Trauma Training Center of the National Child Traumatic Stress Network.